Dewi Sri, or Shridevi (Dewi literally means goddess) (Javanese), Nyai Pohaci Sanghyang Asri (Sundanese) is the Javanese, Sundanese, and Balinese pre-Hindu and pre-Islam era goddess of rice and fertility, still widely worshipped on the islands of Bali and Java. Despite her mythology is native to the island of Java, after the adoption of Hinduism in Java as early as first century, the goddess is associated with the Hindu goddess Lakshmi as both are attributed to wealth and family prosperity.

Dewi Sri is believed to have dominion over the underworld and the Moon. Thus, Dewi Sri encompasses the whole spectrum of the Mother Goddess- having dominion over birth and Life: she controls rice: the staple food of Indonesians; hence life and wealth or prosperity; most especially rice surpluses for the wealth of kingdoms in Java such as Mataram, Majapahit and Pajajaran; and their inverse: poverty, famine, hunger, disease (to a certain extent) and Death.

She is often associated with the rice paddy snake (ular sawah). Dewi Sri is always depicted as a youthful, beautiful, slim yet curvaceous woman, with stylised facial features idiosyncratic to the respective locale, essentially a woman at the height of her femininity and fertility. In Javanese iconography, usually Dewi Sri is depicted wearing green, white or golden yellow clothes with regal jewelry attire, similar to those of Hindu goddesses, and holding rice plant with full rice grains in one of her hands as her attribute (lakçana).

High Javanese culture reflecting the wayang aesthetic dictates she be depicted with a white face, thin-downward cast eyes and a serene expression. There is much cross-pollination between the qualities, aesthetics and so forth between the deity Dewi Sri and the wayang character Sinta in the Javanese version of the Ramayana and the same for Rama with Sedhana. 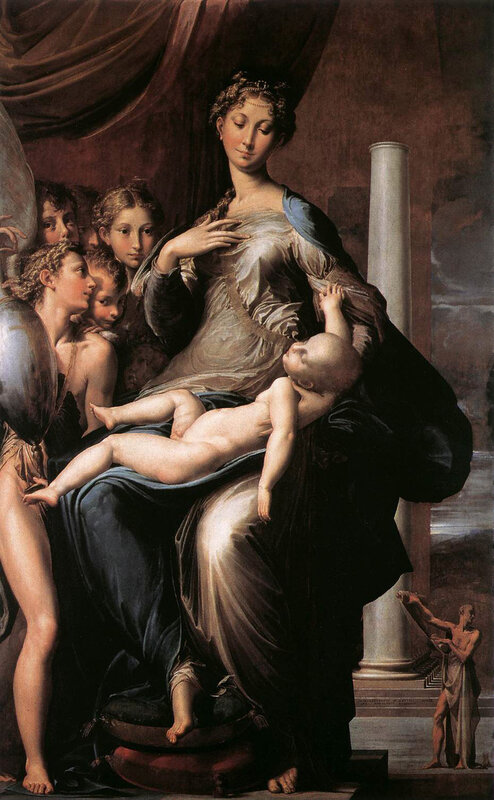