The central exoteric myth in the religion of the Twelve Lords of Cobol (Battlestar Galactica and Caprica) is the story of the life and death of Athena, who fell in love with the man of Irenaeus. Ostensibly from their marriage numerous descendants were born. But once the harmony was broken. Tradition tells of a bloody war between the Lords of Kobol and people (without indicating, however, directly its cause). Not having endured the killing of her kinsmen and desperate to reconcile the warring, Athena committed suicide by rushing from the cliff. This terrible sacrifice put an end to the war, but despite reconciliation, people were banished from a planet contaminated by the blood of God, and carried with them the curse of Zeus that any return to Cobol would cost the blood returned.
But this is an exoteric version of events. 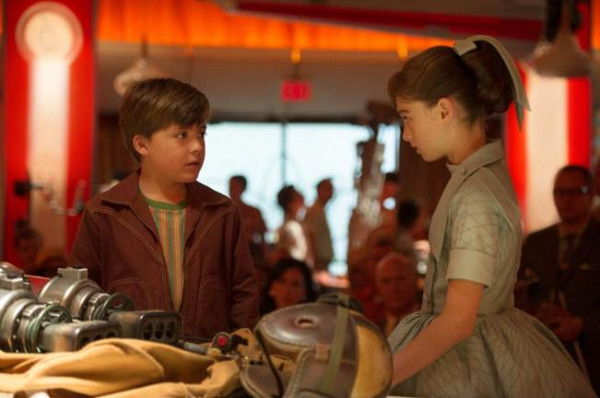 The esoteric and true story is presented in the movie "The Earth of the Future" ("Tomorrowland", 2015), where the key moment is Frank's love for Athena, which turned out to be an android and died from the height in the fall for the sake of preventing the death of mankind. The name of the hero "Irenaeus" (Latin Irenaeus, Greek Eirenaios) means "peaceful, quiet" and, at the same time, refers to the teachings of St. Irenaeus of Lyon about the beauty of the created world, which is called for gradual development, whose goal will be full perfection. Frank Walker, who defended the same position before Nix, can be called "Irenaeus". Just as Frank-Irenaeus loves Athena, who became the savior of mankind, so Irenaeus is one of the earliest fathers of the church, who carefully elaborated the doctrine of the role of Virgo in the "new birth" of mankind.
Tags: фантастика
Subscribe